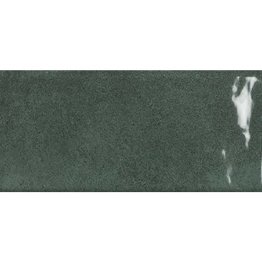 Metro tiles: shine and glamor for your rooms

Metro tiles are a trend, but they can look back on a long history. These are rectangular, shiny, sloping tiles that were first laid in Paris at the beginning of the 20th century. They were found primarily in subway and metro stations. Today, Metro tiles are increasingly finding their way into private living spaces.

What is special about Metro tiles?

What designs are Metro tiles available in?

Metro tiles can be found in very different formats and designs. They are available in bright and shrill colors as well as in reserved pastel tones. Classic Metro tiles bring the subway feeling of a subway station into your home - only that it is less noisy and drafty. Nevertheless, this design has lost none of its modernity and is experiencing an upswing in private rooms in particular.

The Metro tiles were laid at the beginning of the 20th century because their format could reflect the sparse light well. This made the surroundings brighter and a little friendlier. The Metro tiles made it to the surface and to the representative center of every living room directly from the underground. They create a noble, monochrome look and can be tiled in plain colors or with color contrasts. They show great retro charm in every living room, bathroom, hallway and kitchen and open up new design options for all planners, architects and interior designers.

Are you looking for something new and unusual for your rooms? Then let yourself be inspired by the authentic designs of modern Metro tiles.